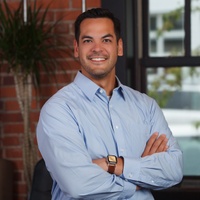 Ehren Feldmeyer was born and raised Meade, KS and eventually made his way to Lawrence to attend KU and instantly loved the community that Lawrence is.

Ehren has worked extensively in the financial advising industry since 2009, where he began his career at Waddell & Reed. In 2013, he was contacted by Ramsey Solutions to become one of Dave Ramsey's SmartVestor Pros.

In early 2015, Ehren chose to part ways with Waddell & Reed in an effort to transition and provide more capabilities to clients. For about 18 months, he was an advisor in partnership with a small community bank in Lawrence.

In 2016, Ehren moved to becoming an independent financial advisor. Thus, Feldmeyer Financial was born. Over the years, Ehren has been able to help many navigate their financial lives. With Feldmeyer Financial & Dave Ramsey, Ehren brings a perspective that simplifies what can be thought of as a complicated world of finances.

Ehren and his wife Jamie have been married since May of 2009. They have 3 kids: McCauley, Blaise and Vale. Ehren enjoys staying active with sports. He's a former music major so singing is one of his passions, but mostly he loves hanging out with friends and family.

The SmartVestor program is a directory of investment professionals.  Neither Dave Ramsey nor SmartVestor are affiliates of Feldmeyer Financial, LLC or LPL Financial.